Dave Haynes has been a lifeguard, a telemarketer (the real obnoxious kind), a school bus driver, a marketing professional, a "pool guy," and a salesperson. He is the publisher and one of the writers for "TheArizoner," a humorous email column. 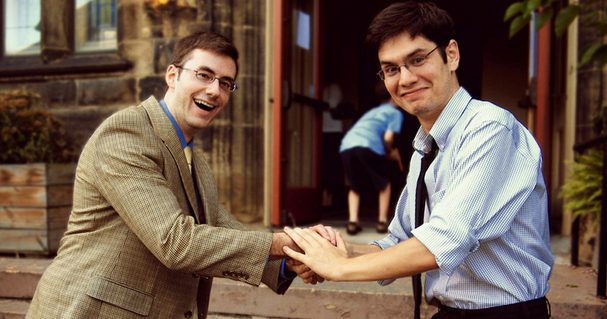 Allan Boscacci, president of American Brass & Iron Foundry, in Oakland, California, ran into a dilemma in the late 1990s. The difficult market forced him to find ways to cut costs in order to stay in business. While most other business executives would bow to the norm and make a workforce reduction, Mr. Boscacci felt a loyalty to his employees.

While Allan happened to be the son of the previous company president, one thing set him apart from other business heirs. Rather than just inherit the company and start at the top, Allan Boscacci started at the bottom of AB&I. Over many years, he worked many different jobs within the organization. In that time, he realized that the one thing that was really keeping American Brass & Iron Foundry alive was the people. Everyone from the janitor to the foundry manager all had a job to do that was vital to the survival of the company.

Therefore, when it came down to a decision to fire those people, Allan just couldn’t do it. So, with heavy heart, he presented the only alternative he could to the employees and asked for their approval: each employee would have to take a drastic reduction in pay.

Assuredly, the pill must have been a difficult one for the employees to swallow. Allan promised that it would only be for a short time, and when it was all over, he would pay everyone back for their sacrifices. Words like these from a manager are generally met with overwhelming skepticism. However, the people at AB&I were not skeptical of Allan. They knew he understood their plight from the time he had spent with them in the trenches.

A year later, when the profits returned, Allan kept his promise. Not only did he put all employees back to their original salaries, but he also increased their salaries to the level they would have had, had they been receiving yearly raises during the slow times. While it probably would have been wise from an immediate cash flow perspective to stop there, Allan did not. He also gave bonuses to each employee, the equivalent of all the money they gave up during the slow period. Not only were the employees fully compensated for their sacrifice, but the company gave them back double.

While the immediate cost to American Brass & Iron Foundry was high, the long-term payback was much, much higher. Allan was unable to show a real profit that year, but he was able to shore up an amazing amount of loyalty from his employees. Allan’s loyalty to the workers, as demonstrated by his willingness to first, preserve their jobs, and second, exceed his original promise, resulted in a double dose of loyalty to Allan from the workers.

Allan Boscacci “Made A Difference” by doing right by his employees first. By prizing each employee’s contribution as vital to the company’s success, Allan not only was able to get his company through a difficult time, but was also able to build a bridge of trust between management and employees that will be nearly unbreakable in the years to come.

Dave Haynes is the author of The Peon Book: How to Manage Us (Berrett-Koehler, 2004) .