David L. Cooperrider, Ph.D. is professor and chair of the Program on Business as an Agent of World Benefit at the Weatherhead School of Management at Case Western University. In 1987 Dr. Cooperrider and Dr. Suresh Srivastva published the original, foundation theory of AI in an article that has reverberated and changed the field of organizational development. 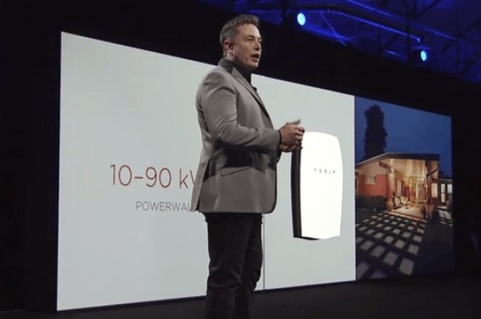 Now the renewable power billionaire Elon Musk has just blown away that final defence. Last Thursday in California he introduced to the world his sleek new Powerwall – a wall-mounted energy storage unit that can hold 10 kilowatt hours of electric energy, and deliver it at an average of 2 kilowatts, all for US$3,500.

Imagine making 2 billion fossil fuel vehicles irrelevant. Energy storage can make them unnecessary, uneconomical, and  completely unfashionable. Elon Musk is taking breathtaking entrepreneurial leaps that very few can dream about. And he will not be alone because he continues to make Tesla’s intellectual property available to all. He wants the sea change–he’s orchestrating a rising tide.  This article goes into more detail.

The Tesla Energy system launched last week is comprehensive, with global ramifications. Its already oversold for months and months. The Powerwall system offering 10 kWh is targeted at domestic users. It is complemented by a commercial system termed the Powerpack offering 100 kWh storage, and a stack of 100 such units to form a 10 megawatt hour storage unit that can be used at the scale of small electricity grids.

See on Scoop.it – Amazement and Achievement: Leading By Seeing What Works