Daniel is the author of 50 Jobs in 50 States, a book which chronicles his experiences working in every state in the U.S. 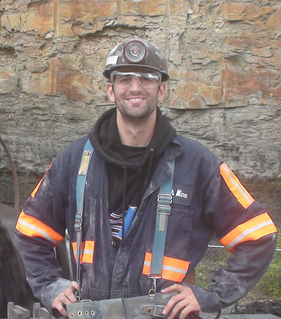 An Interview with Daniel Seddiqui

Author of 50 Jobs in 50 States: One Man's Journey of Discovery Across America


Daniel Seddiqui is known as the guy who worked fifty jobs in fifty states. The genesis of his adventure is well documented in various media interviews and article, and his unique resume spans multiple pages, with skills ranging from coal mining to bartending. But Daniel’s origins - from growing up in Northern California to his time at university - are just as fascinating, and may explain a lot more about his character than any of the jobs can.

What did you want to be when you were a kid?

At first I wanted to be a professional athlete, a baseball player in particular. Then I lost interest in the sport from one day to another - I still can’t explain why! I still continued to love sports, especially soccer and basketball, but then I realized that I actually enjoyed sports like tennis and long distance running much more since the only one I had to depend on was myself.

I loved going running in the mountains that were literally in my backyard, I started to really appreciate the nature around me and started thinking of becoming a park ranger. Then I considered becoming a journalist or even a dentist. I was all over the place, and no one ever sat me down to provide some guidance, or encourage my talent in something, anything.

What’s up with your fascination with maps?

When I was in elementary school, my mom bought me a book that included all kinds of statistics on each country. I was hooked. I started memorizing the random facts, what the flags looked like, the capitals of countries and surrounding cities. I even had country cards, just like baseball cards. I was interested in the different ethnic groups, languages, and religions in each countries population. I wanted to visit all these places, and daydreamed about what these places looked like and how people lived day-to-day. Whenever I traveled, I pictured myself on the maps I used to stare at for hours at a time.

What made you study economics at USC?

I took the advice from my family to choose a major that was practical. I figured I could apply business or economic studies in any industry. After all, my brother was making a successful living after earning a business degree. I did enjoy it, but not as much as I could have enjoyed other fields of study; journalism or sports therapy.

Why didn’t you get any internships or jobs while in college?

I was working three jobs while in college to make ends meet, and struggled with a tough course load due to my major. I was also still running cross country and track and field. During the summer, I usually went home to train for my sports and worked an odd job, like selling shoes or working at the YMCA. I didn’t have the foresight to think that this lifestyle wasn’t going to last forever, and that I would eventually need experience in some field. I thought that the meaning of entry level was that you were just starting out, at the bottom, without experience! In hindsight, that was probably a bit na ƒ ¯ve, and I wish someone could have offered some real-world advice.

What do you plan to do next?

The book is a big deal for me, and I’m working on The First Year Experience, a college course program I developed based on my 50 Jobs experience. Once that gets on the right track, I’d be interested in pursuing a career in nutrition or work for a college athletic program - both things I didn’t even consider before my journey!

What did you learn from your journey?

I learned a lot about what shapes America, in terms of the cultures, industries, and different environments. I learned what it takes to create an opportunity just when you think there are none. I learned how to come out of a shell and put yourself out there. I learned that Americans are hard working and resilient people that continue to strive no matter how tough times get.

What kind of reactions do you get from people when you tell them your story?

People are either in awe and admiration, or disbelief. They’ll say things like, ‚“How the heck could you pull that off? It sounds like a logistical nightmare. ‚” And a lot of people wish they could have done it.

The best jobs was being an Egyptian stilt walker in Florida, because I was completely out of my element and will never again have a chance to do that [stilt walking] again. The most interesting job was working as a Border Patrol Agent in Arizona, because I learned how tough it is to protect our borders. All jobs were great, really. The most unpleasant thing was probably working as a Meatpacker in Kansas.

What kind of advice would you give high school seniors or college grads facing the dire job market?

I would tell them to not get stuck in pursuing just one thing. There is more than one door to go through to get where you want to be in life. Ideas, no matter how crazy they may seem, are worth something. Don't fear failure, but embrace it - it can lead to unexpected places.

What was the biggest obstacle you had to overcome during your journey? All kinds of obstacles - from bracing the unpredictable weather and having little money to get by, to feelings of loneliness and fatigue. Adapting to new cultures and living with strangers every week was draining.

I learned to shut my mind off from any kinds of negativity, focus on every little positive thing. Knowing I was doing something productive kept fueling energy to give me that internal drive to continue.