Did You Know These 5 Authors Worked in Publishing?

Intern in the editorial department and a recent graduate of Pomona College, Claire is enjoying the cool weather in San Francisco before leaving to work as a Global Academic Writing Fellow at New York University in Abu Dhabi. 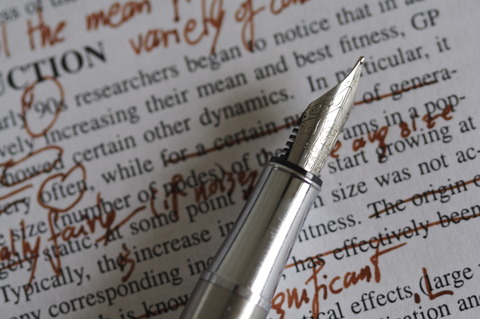 “To write is human, to edit is divine.” -Stephen King

The skills of writing and editing are complimentary, aren’t they? And yet at a certain point in the publishing industry, they seem to diverge as career paths. Curious why, I went looking for notable figures to have crossed this divide. Whether it was to open the literary gates to allow unheard voices, to publish the work of their deceased spouse, or just to pay the rent, each of these famous authors put down their pencils and in favor of red pens, trying their hand in the publishing-editing racket.

Toni Morrison taught as a Professor for several years, but in 1965, she moved to Syracuse and began her career as a senior editor for a textbook publisher, The L.W. Singer Company. From there, she went on to work as Trade Editor at Random House, where she produced books by Toni Cade Bambara, Gayl Jones, Muhammad Ali, Angela Davis, and Huey Newton, in addition to The Black Book (1974.)

Morrison returned to teaching and to her own writing, but her editing career spanned twenty years. (Amazingly, she did not begin her own first novel, The Bluest Eye, until she entered an informal writing group at Howard while she was already a professor there.)

In an interview with The Paris Review, Morrison said of editors: “The good ones make all the difference. It is like a priest or a psychiatrist; if you get the wrong one, then you are better off alone. But there are editors so rare and so important that they are worth searching for, and you always know when you have one.”

After serving in the U.S. Army in Germany in the early 1950’s, Edgar Lawrence Doctorow worked as a talent scout for Columbia Pictures, reading books for the company and suggesting which could be turned into films. In 1959, he left to become a senior editor at the New American Library (NAL). In 1964, he moved to work at The Dial Press as editor-in-chief, where he published work by James Baldwin, Norman Mailer, Ernest J. Gaines and William Kennedy. While at The Dial Press, he was one of the few in the industry to simultaneously pursue his own writing, publishing The Book of Daniel, Ragtime, and many other works with Random House.

“Editing taught me how to break books down and put them back together,” Doctorow explained in interview. “You’re at ease in the book the way a surgeon is at ease in a human chest, with all the blood and the guts and everything.”

In 1925, T. S. Eliot left his position at Lloyds Bank in London to join the publishing firm Faber and Gwyer (later Faber and Faber), where the founder Geoffrey Faber saw the advantages of Eliot's expertise in business and literature and recruited him as literary editor. There, Eliot helped publish the English poets W.H. Auden, Stephen Spender, and Ted Hughes. Meanwhile, Eliot also founded The Criterion, a quarterly British literary magazine, and he served as its editor until its close before the war in 1939. In the 1960s, Eliot worked as a roving editor and special editorial consultant for Wesleyan University Press, where his main responsibility was to find rising European poets for publication.

For a major poet, Eliot published very little in his career. As he wrote to one of his Professors, “The only thing that matters is that these should be perfect in their kind, so that each should be an event."

Joan Aiken, daughter of Conrad Aiken, broadcast her first children's story on the BBC's Children's Hour in 1941 when she was 18. Aiken worked for the United Nations Information Centre (UNIC) in London between 1943 and 1949. After her husband's death, she went to the literary magazine, Argosy, which had gotten its start as a children's weekly story–paper, The Golden Argosy. At Argosy, she worked as Features Editor and in different editorial capacities. Meanwhile, she published her short stories in the magazine and elsewhere. It was during this time that she also published her first two collections of stories and began work on her novel that would eventually be published as The Wolves of Willoughby Chase.

English poet and children's writer, Edward James Hughes, was the British Poet Laureate from 1984 until his death. He was also famously married to Sylvia Plath from 1956 until her suicide in 1963. In 1970, Hughes and his sister, Olwyn, set up The Rainbow Press, which published sixteen titles between 1971 and 1981.The first publication to appear under The Rainbow Press imprint in March 1971 was Crystal Gazer, which contained twenty-three previously unpublished poems by his deceased wife. After her death, Hughes published and re-published much of Sylvia Plath’s work, including a new edition of Ariel, which has since received harsh criticism for his rearrangements.

Here are a few others:

Sylvia Plath had a very brief stint in publishing as well. She spent a summer during college at Mademoiselle magazine. However, she was frustrated at not being invited to a meeting the editor had arranged with Welsh poet Dylan Thomas, one of her favorite writers.

Can you think of any?