Cindy Ventrice is a management consultant and workshop leader with over 20 years of experience. Through her company, Potential Unlimited, she helps organizations improve performance by improving work relationships. 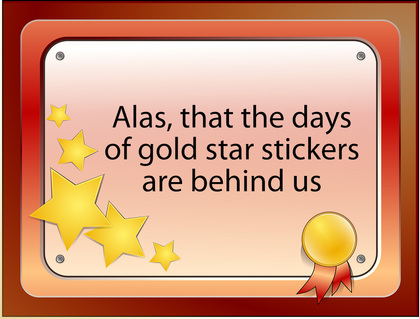 I often hear from managers who want to address employees’ need for recognition through peer programs. Peer programs are important, but if managers successfully distance themselves from the recognition process and ignore the 50/30/20 Rule, employees will be frustrated by the lack of manager recognition.

Here is an example of the 50/30/20 Rule: Athleta is a women’s sportswear company that was a start-up when described in the first edition. It was featured for the inherent recognition the company provided by trusting employees and offering them a great deal of autonomy.

In 2003, the inherent recognition provided was so compelling that the company only experienced about 5 percent turnover each year. Yet, at that time, according to Rick Scott who was Director of Team Support, many forms of recognition were missing at Athleta. He said that few managers coached or trained employees or worked to provide them with appropriate new opportunities. He told me he believed that managers did little to specifically address the recognition needs of employees. They were virtually ignoring 50 percent of the preferred mix—the recognition that comes from the manager.

A 2002 survey of Athleta employees showed less than 50 percent satisfaction with recognition overall. Although the organizational culture and the support of both leadership and peers provided recognition, the missing component was recognition that comes from an employee’s manager or supervisor. The survey confirmed what senior management suspected. They needed to train managers and supervisors to better meet their employees’ recognition needs. In doing so, they would work to address the preferred mix of recognition sources.

This research and case study were excerpted from Cindy Ventrice's book, Make Their Day!  Employee Recognition That Works. Daily Communication That Gets Results

Making A Difference, One Person At A Time
While some people make a difference by transforming whole organizations, others do it in a quieter way. They reach out to help others, one person at a time. Jim Shaffer is one of those people. He...
Read more...

"I want a coach who has done my exact job before – but bigger!"
By Brian Underhill, PhD, CEO, CoachSource “I’m told I can be too hard on people,” said the executive, a director of product development at a Silicon Valley start-up.  “I guess that means I...
Read more...

A Positive Approach to Re-Direction
One of the things people seem to be most interested in about The New One Minute Manager® is the modern version of the Third Secret: One Minute Re-Directs. Spencer Johnson and I realized that...
Read more...

Finding the “motive” in motivation
For decades, management science has concerned itself with researching and developing sophisticated systems for understanding and unleashing employee motivation. In organizations, we’ve...
Read more...

How Toddlers Show Us "Motivation" Doesn't Work
An Interview with Susan Fowler. Can you please explain to our readers why you wrote this book? What passion drove you to write this for your readers?My dream was to build upon the compelling...
Read more...