What Stops Us From Giving? 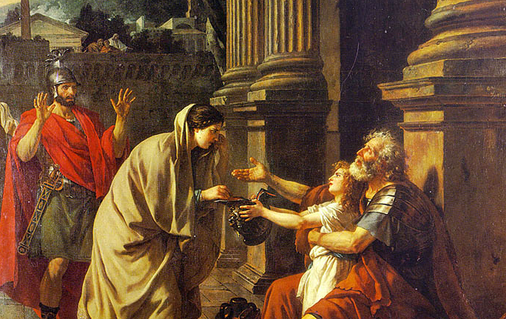 At one point, I ran across this Internet article, "The feminist way to treat beggars." I clicked on it eagerly, anticipating some type of practical advice which would relieve the awkwardness. I was deeply shocked when the article said, "The feminist thing to do is just to give them money," blabla intersectional solidarity. I found myself thinking, "An editor really approved this? How is it this simple?"

Eventually, I came around and decided the article had a lot of validity.  I think the reasons why we give and don't give have very little to do with the money itself. People with office jobs don't sweat a handful of change one way or the other. It's the fact that even the simple gesture of handing coins creates a connection of some kind. And we don't want to be connected with people who are in pain. Because the pain is often bottomless, so it's like the coins are tinkling to the bottom of an endless well.

What Stops Us from Giving and Being Our Best

The 9 Behaviors of Great Problem Solvers