The Definition of Sustainability 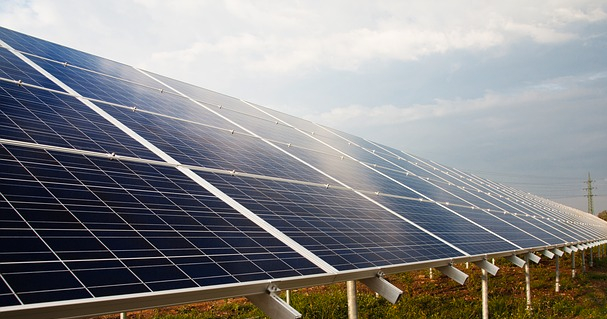 The Literal Meaning of Sustainability

In the dictionary sense of the word, activities are sustainable when they can be sustained endlessly into the future. (For example: “It’s not sustainable for him to continue working so hard. Sooner or later he’s going to collapse from exhaustion.”)

The Greater Meaning of Sustainability

When the word became a catch phrase of the environmental movement, it expanded beyond its original meaning. Today environmentalists use the word “sustainability” as short hand to refer to a possible & beautiful future where humanity is in harmony with the earth.

The Post Corporate World. Capitalism is a pathology that commonly afflicts market economies in the absence of vigilant public oversight. Since the economy internal to a corporation is a planned economy, the current consolidation of economic control under a handful of global corporations is a victory for central planning- not the market economy. The alternative to the new global capitalism is a global system of thriving, healthy market economies that function as extensions of healthy local ecosystems to meet the livelihood needs of people and communities.

The Economy and the Environment Are Not Enemies

Many rich and powerful industries, such as the oil & gas industry, are doomed to go obsolete when the resources they sell run out. They try to distract people from this fact with a smokescreen of lies. One lie they have devoted millions of dollars to promoting is the idea that the environment & the economy are enemies, and we can only promote one at the cost of the other. Our best-selling authors have debunked this concept over and over by demonstrating the many ways in which the economy & the environment are allies.

The Restoration Economy. This book reveals the previously undocumented trillion-dollar global industries that are restoring our natural and manmade environments. Restorative development is rapidly overtaking new development because we are running out of things to develop. Most natural areas are already either farmed or degraded, and cities have built all the way to their borders. However, there is no lack of things to redevelop and restore. For example, how the restoration of a river ecosystem can have a major impact on the commercial success of a redeveloped historic urban waterfront.

Business Opportunities in Ecological Restoration. (The Restoration Economy by Cunningham) This book reveals the previously undocumented trillion-dollar global industries that are restoring our natural and manmade environments. Restorative development is rapidly overtaking new development because we are running out of things to develop. Most natural areas are already either farmed or degraded, and cities have built all the way to their borders. However, there is no lack of things to redevelop and restore. For example, how the restoration of a river ecosystem can have a major impact on the commercial success of a redeveloped historic urban waterfront

Sustainable solutions bring consumption & production back into balance with each other. Our books specialize in practical advice that will move us beyond fearing the future, to creating it. To learn how the great thinkers of our times address the challenge of sustainability, consider purchasing one of our books.

Making Sustainability Work . The best practices in corporate social responsibility (CSR) are no longer the exclusive domain of companies like Ben & Jerry's or the Body Shop; now even companies like GE and Wal-Mart are making significant financial and organizational commitments to social and environmental issues. But senior executives need information on the practical nuts and bolts of implementation and measuring results. This is the ultimate how-to guide for putting sustainable ideas into practice.

Making the Good Life Last. So many of us are beset by anxiety, depression, loneliness, and spiritual malaise, tense and unhappy despite our gadgets and goodies. Michael Schuler, leader of the nation’s largest Unitarian Universalist congregation, says it’s because, urged on by an aggressively materialist culture, we too often opt for short-term gratification and long-term denial. In this thoughtful and deeply honest book, he helps us find a life path that leads to treasures of perennial value: a beautiful and healthy earth home, enduring relationships, strong communities, work that contributes to the common good, and play that restores our bodies and lifts our souls.

Environmentalism & sustainability first became linked as concepts when we realized our consumption of the planet’s resources is not sustainable. Our consumption of gas and oil cannot be sustained because someday our supplies will run out. Even renewable resources, like fish and timber, are being used up faster than they are replenished.

Affluenza. Based on two acclaimed PBS documentaries watched by 10 million viewers, Affluenza uses the whimsical metaphor of a disease to tackle a very serious subject: the damage done to our health, our families, our communities, and our environment by the obsessive quest for material gain. If it turns out you do have the bug--the book includes a self-diagnosis test so you can find out--the authors detail a number of treatments that offer hope for recovery.


The Low Cost of Eco-Living

Since greenwashed products typically have high price tags, the consumer has come to equivocate sustainable with expensive. In fact, truly sustainable living is just the opposite; it focuses on using fewer resources or reusing resources, both activities which save money. Companies and households alike can bring down their budgets by helping the environment.

Lean and Green. When it comes to believing that business can be profitable and environmentally sensitive, cynics abound on both sides. But in Lean and Green, Pamela Gordon proves that capitalism and environmentalism are not mutually exclusive-quite the contrary. She shows how "green" business practices enable organizations to save millions, even billions of dollars each year. Each chapter includes a "Making It Easy" list of action steps for implementing lean and green improvements in the workplace immediately.

On the global scale, a sustainably managed economy means living within our means and not running up debt for future generations. A healthy economy bears many traits in common with a healthy ecosystem. Ecosystems flourish when they have a diversity of species competing with each other. Likewise, the market economy flourishes best when it has a wide diversity of competing businesses. The consolidation of economic control into fewer & fewer corporations which are "too big to fail" and need to be bailed out, threatens our economy as much as it threatens our ecosystems.

What We Learned in the Rainforest . This book presents a surprising new business principle: by applying strategies and practices gleaned from nature- by emulating what it once sought to conquer-business can adapt rapidly and earn greater profits. The old model of business (the machine model that pitted business against nature) is growing obsolete. By moving beyond the industrial machine model, and applying the dynamic principles of the rainforest instead, business can not only earn greater profits, but do so in a more sustainable fashion.

Right Relationship . Our current economic system-which assumes endless growth and limitless potential wealth-flies in the face of the fact that the Earth’s resources are finite. Peter G. Brown and Geoffrey Garver use the core Quaker principle of “right relationship”- interacting in a way that is respectful to all and that aids the common good-as the foundation for a new economic mode. The book p oses five basic questions: What is an economy for? How does it work? How big is too big? What’s fair? And how can it best be governed? Ultimately the economy, as indeed life itself, is a series of interconnected relationships. An economy based on the idea of “right relationship” offers not only the promise of a bountiful future but also an opportunity to touch the fullness of human meaning and, some would say, the presence of the Divine.