New to Twitter? You Know More Than You Think 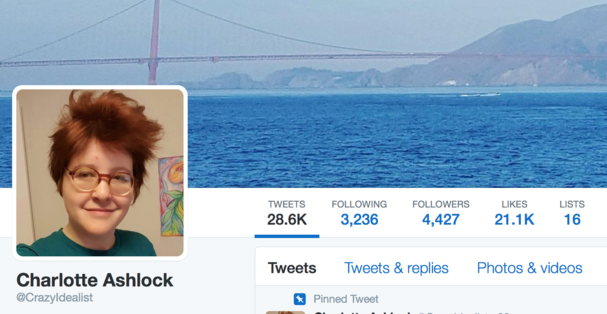 This post was originally published as a guest post on the wonderful blog of Andy Ross, literary agent.

Use what you already know

I’ve introduced a lot of beginners to Twitter, and they always have anxiety about how to behave in this new environment. My answer? Use the social skills you have been practicing for decades of your life! Those skills will serve you just as well on Twitter, as they do at your workplace’s water cooler or your friend’s cocktail party. You’re not as ignorant as you think you are. Sure, you might be worried you don’t know the right hashtags— the ones the cool kids are using. But what do you do when you’re dropped into a new environment “in real life?” You’re super nice, you listen a lot, and sooner or later, you just pick up the vocabulary that is unique to that environment. Trust me; mastering Twitter will be MUCH less stressful than mastering the middle school cafeteria back in the day!

Many authors are focused on building their follower count because they think they need big numbers to impress their agent, publisher, or readers. I understand and sympathize with the pressure to become more impressive, but I think it is misguided. My own Twitter name is CrazyIdealist, and maybe it’s the crazy idealism talking, but I feel the point of life is to give love, not receive popularity! If you have 10,000 followers and not a single one of them cares about you, what’s the point? It’s a common strategy for authors to follow a bunch of people, just so those people will follow them back. This kind of self-serving behavior is ultimately a waste of time. I think you should follow people you would enjoy talking to, and take the time to really have good conversations with them. That way you have 100 real relationships instead of 10,000 fake relationships. 100 people who recommend you is worth more than 10,000 people who don’t know you.

Your most important tweets are your replies

So how do you build relationships, and “have real conversations?” Spend most of your Twitter time replying to the tweets of others. Twitter is a place where too many people are talking and not enough people are listening; so if you’re a good listener, you’ll stand out from the crowd! People will remember you more for responding to them, than for the most clever tweet you could possibly write praising yourself. “Focus on the other person,” is not just marriage advice, sales advice, and mental health advice— it’s also social media advice. It’s good all-purpose advice!

Be as classy online as you are offline

I see a lot of authors who think that just because they’re online, the rules are different. That leads to weird behaviors, like spamming people with commercial tweets, insulting people who don’t agree with you, or even just thanking people obsessively. If you wouldn’t say, “buy my new book!” twenty times over at your friend’s baby shower… don’t say “buy my book!” twenty times over on Twitter! And if you see hotheads losing their heads over politics— that doesn’t mean you have to lose yours! Conduct yourself with the grace and poise you would exhibit in a real life situation. And finally, although thanking people occasionally is nice, you are not obligated to thank people for every retweet, comment, or favorite. In real life, you wouldn’t say “thank you!” every time someone spoke to you. That wouldn’t be necessary. Use real life as your guide.

Sell your message, not yourself

A lot of writers struggle with building their online presence, because they don’t want to be self-promotional. Let me tell you, your instincts are sound; being self-promotional does turn people off. But you know what doesn’t turn people off? Being promotional about a cause, message, or higher purpose, is usually something people respect immensely. So instead of saying how great you are, talk about the importance of a message or theme within your book. This applies to both fiction and nonfiction. Is your character self-conscious about his/her appearance? Tweet about body positivity! Did you write a book of time management tips? Talk about what you like to do with the time you save: more time to bake cakes, hug the dog, etc. If you rant about your passions, instead of about yourself, you’ll stay interesting!

Sometimes Facebook users get frustrated by Twitter because they’re not used to having a length limit on their writing. But don’t be discouraged! Often, removing the meaningless filler words from your sentences is enough to get you below the character limit: which is great practice for writing tighter generally! If that doesn’t cut it, simply write multiple tweets, each one a reply to the last, to link them all nicely together. Or, my favorite hack of all: type what you want to say in a text editor, take a screenshot of it, and tweet the screenshot. There are so many ways around the length limit, it’s not even worth thinking about.

Here’s what I think is actually the crucial difference between Twitter and Facebook: Twitter is designed for forming new relationships, and Facebook tends to be more focused on building existing relationships. On Facebook, reaching out to people who don’t know you, can come across as bizarre (or even creepy!) if you don’t do it right. On Twitter, there’s nothing weird or creepy about starting a conversation with a stranger. After all, people are there because they want new connections! So long as you avoid the obvious no-nos (selling, flirting, and politically attacking) people will be absolutely delighted to hear from you.

And always stay interesting, my friends.