Is “Business Class” the New Aristocracy? 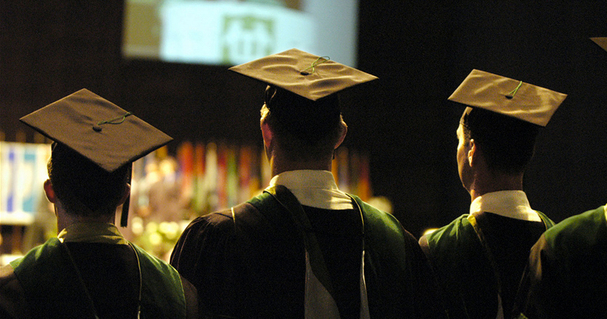 Wisdom from Managers Not MBAs: A hard look at the soft practice of managing and management development , by Henry Mintzberg.
Sourced from: Chapter 6: Wrong Consequences IV: Corruption of Social Institutions

“Is -Business Class’ just a place in the airplane? Or has it become a class in and of itself in society?” writes Professor Mintzberg, one of the leading scholars in management studies. People who can afford anexpensive MBA education will be placed on the leadership track, often despite ignorance of the industry they are managing. Whereas people with excellent track records and no fancy degree, struggle to be deemed worthy of promotion. What happens when a title or degree eclipses genuine merit? Aristocratic corruption. “How ironic that an America so proud of having thrown off the yoke of British aristocracy should find itself with an emerging aristocracy of its own two centuries later,” Mintzberg observes acidly.

Here are five reasons why MBAs educated under the current system, end up misusing and abusing the power they hold.

MBAs are taught to be cynical and greedy. An article used in the reading material for many prestigious MBA programs (including Harvard’s most popular elective) featured this famous anecdote:
“George Bernard Shaw, the famous playwright and social thinker, reportedly once claimed that while on an ocean voyage he met a celebrated actress on deck and asked her whether she would be willing to sleep with him for a million dollars. She was agreeable. He followed with a counterproposal: “What about ten dollars?” “What do you think I am?” she responded indignantly. He replied, “We’ve already established that-now we’re just haggling over price.”
This story is used in the MBA curriculum to illustrate the point, “Like it or not, individuals are willing to sacrifice a little of almost anything we care to name, even reputation or morality, for a sufficiently large quantity of other desired things.” (Jensen & Meckling.) In other words, anything is worth selling for the right price. With messages like these being taught in business school, it’s no wonder MBA-driven companies like Enron go down in flames of ethical scandal.

MBAs are taught to treat people like objects, and reduce complex human nature to simple numbers. “It has been said that to be objective is to treat people like objects. It is also to treat people as well as objects without imagination, because imagination issubjective,” Mintzberg observes sadly. MBAs are taught to focus on the science of managing numbers, which is very different from the art of managing human beings. Their obsessive focus on easy-to-measure metrics, like cost reduction and market share, leads them to overlook “softer but more lasting goals” such as product quality and investment in research. Our, you know, human happiness and socialgain.

MBAs are taught to be arrogant. “MBA graduates who believe that they can manage anything are quite simply a menace to society,” writes Mintzberg. Business schools teach their students that they are entitled to rule. A business student says of his education, “We were in a hothouse, having three case studies a day on what the chairman and the CEO should do an why. We ended up believing we could do anything and rule the world.” Mintzberg argues that humility, not arrogance, is what we should value in our leaders.

MBAs have given our economy an eating disorder. MBA schools teach their students they should make their companies “lean and mean.” Mintzberg writes, “Skinny is a synonym for lean. Are we therefore, creating bulimic economies, so -productive’ that they will eventually collapse under the weight of their burned-out managers, angry employees, and used-up technologies? And are we creating a society that is just plain mean?” His offhand reference to the eating disorder bulimia, is an interesting metaphor for problems with our global economy. Being trapped in a “boom and bust” cycle is a little like being trapped in a cycle of binge eating and purging.

MBA thinking embroils us in senseless wars. The Secretary of Defense who escalated our involvement in the Vietnam War, Robert McNamara, was an MBA and business executive. In his autobiography, he writes that his education focused him on logic and math. Yet all McNamara’s logical, mathematical thinking failed to predict the outcomes of Vietnam. “What went wrong?” writes Mintzberg. “Could it have been the inability of analysis to handle the soft data- the expression on a peasant’s face as opposed to a body count, the will of the enemy as opposed to the number of bombs needed to defoliate a jungle?” The fingerprints of modern business thinking are also on the Iraq war. When asked why he delayed the publicity campaign about the Iraq War, Bush’s staffer replied, “From a marketing point of view, you don’t introduce new products in August.” The ability to productize anything- even life and death- under MBA paradigms is quite frankly chilling.

No more aristocracy! When what is basically a business aristocracy influences the course of a democratic country, bad outcomes abound. Greed is glorified, people are reduced to numbers, and arrogance replaces knowledge. A focus on short-term, measurable outcomes puts our future at risk. A refusal to consider intangibles leads to bad decisions on a massive scale, like involvement in costly and unwinnable wars. Abe Lincoln said, “No man is good enough to govern another man without that man’s consent.” Mintzberg declares, “Business schools violate this spirit by encouraging a separate privileged elite… usually imposed on people without their consent.”