Agile Companies Have to Treat Their Workers Right 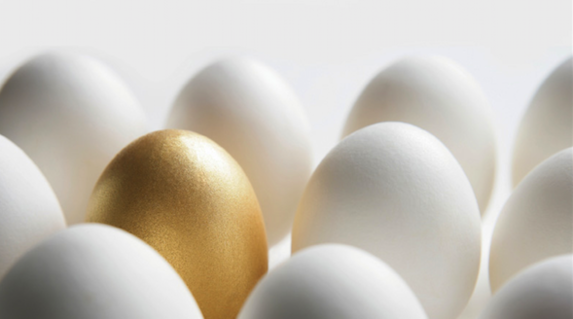 Business agility refers to an organization’s decision-making speed. An agile organization is able to alter strategy, change operations, develop new products, and get them to market quickly. Agility has been a watchword for a decade or so as the pace of business has picked up amid more global competition and technological advances such as sophisticated supply-chain management tools.

So far, companies have sought to increase their agility largely by slimming down. They have outsourced aspects of their operations, such as information technology, human resources, and finance and accounting. They have aimed to concentrate on their core competencies and limit fixed costs.

Companies also have tried to bring the lean philosophy to their labor force. Besides eliminating employees through the outsourcing of business functions, companies have ramped up their use of contingent workers, including part-time employees, independent contractors, and agency temps. The number of paid employees at temporary help services firms in the United States climbed 27 percent from 2002 to 2007 to 3 million. By contrast, total nonfarm employment in the United States rose just 6 percent from December 2002 to December 2007 to 138 million. In 2010, Bloomberg Businessweek estimated that 26 percent of Americans have nonstandard jobs, including part-time employment, independent contractors, and temps.

The recession reinforced the business push to trim back. Not only did companies lay off millions of workers but also the bulk of U.S.-based firms said they expected a long-term decrease in staff size.

Up to now, many corporate agility efforts have worked in opposition to worthiness. A focus on becoming leaner has lent itself to a short-term mindset and transactional, zero-sum relationships—to practices such as short-staffing stores to save costs at the expense of customer service. And the corporate obsession with shrinking has led to greater job instability for workers, which has contributed to record job dissatisfaction and sagging employee engagement in the United States.

But the agility story has a sunny side as well. It’s becoming clear that true agility isn’t defined simply by cutbacks—by seeking to be as unencumbered as possible. At some point, a preoccupation with paring back becomes organizational anorexia. Overly skinny firms are both weak and slow. For example, some of the companies that outsourced their HR operations several years ago, expecting they could wash their hands of personnel matters entirely, found themselves stuck in troubled contracts. Companies and vendors underestimated the complexity of the tasks involved. Similarly, the practice of pitting manufacturing suppliers against each other has backfired for companies in the form of product or labor problems, as scandals at Mattel and Apple indicate.

What’s more, layoffs often leave unproductive workforces in their wake, as remaining employees wrestle with survivors’ guilt, worry about their own fate, and struggle to figure out how to juggle additional tasks. Management professor Wayne Cascio has documented the way pink slips frequently fail to pay off for companies. “Studies have tracked the performance of downsizing firms versus non-downsizing firms for as long as nine years after a downsizing event,” Cascio wrote in a 2009 report. “The findings: As a group, the downsizers never outperform the non-downsizers” (emphasis in the original).

The ability to move fast, companies are learning, involves both weight and strength. And strength has to do with beefing up rather than breaking down connections with workers, suppliers, and customers. To be sure, companies can grow fat and bureaucratic. Some streamlining of workers and processes may be needed. But quickness also has to do with reciprocity and trust. As consultant Stephen M.R. Covey has pointed out, lower trust taxes a firm through lower speed and higher cost. And a growing field of research is highlighting the power of the connected enterprise—meaning companies with active, decentralized networks of communication and healthy relationships within their walls as well as with external parties such as suppliers and customers.

Companies have started to move toward greater connectivity and stronger ties. HR outsourcing deals now focus more on creating partnerships with frequent interaction between company and service provider. In general, businesses have moved toward selecting preferred vendors with whom they have deeper relationships. Those bonds, in turn, offer greater odds that final products will be safe and environmentally sound. And after years of trying to minimize customer service costs through skimpy staffing levels, outsourcing, or a focus on minimizing time on the phone, companies like Home Depot and American Express are investing in thicker ties with customers—which can lead not only to heightened loyalty but also better real-time feedback.

There also are signs agility can mesh with goodness as an employer. Internet retailer Zappos, for example, grew to top $1 billion in sales in less than a decade with a philosophy of company as a tight-knit community. While many companies have outsourced janitorial services, Zappos brought their janitors back in-house to stay true to this vision. By trusting employees to do the right thing, the Zappos team is able to make changes on the fly, whether that means a merchandise buyer jumping on a new shoe style or a customer service agent addressing a shopper’s unique problem.

The fact that so many workers want job security these days, and that top performers in particular want it, all but forces companies to offer a degree of employment stability. Showing workers they won’t be tossed overboard at the first sign of trouble and helping them to safeguard their employability through training and career development help will improve employee engagement. And workers who are engaged—and marshaled intelligently toward company aims—are likely to boost a company’s speed of business by giving their best efforts.

Outsourcing is unlikely to go away as an agility strategy, but it isn’t incompatible with worthiness. Closer ties between companies and their suppliers offer the promise of more enlightened treatment of workers. Some major companies, in fact, are starting to act more and more like the HR departments of their suppliers. Look at FedEx and its network of global service providers, which helps the delivery company in countries where it does not have on-the-ground presence. FedEx sends instructors around the world to train those suppliers in skills and leadership and also offers them training online.

Consider Apple and its manufacturing suppliers. Scrutiny of working conditions in its supply chain has led Apple to get increasingly involved in the way those firms treat employees. It has issued detailed clarifying standards on topics such as dormitories, medical nondiscrimination, and juvenile worker protections—in one case specifying that employees under 18 cannot work at heights in excess of two meters. It launched a social-responsibility training program, through which more than 300,000 workers have received instruction on worker rights and local labor laws. And working with one supplier, Apple started offering workers computer-based training, including associate degree programs linked to three universities.

Apple’s suppliers up to now have had a very mixed record on labor issues. But some of the firms providing outsourcing services have proven to be among the most decent and inspiring employers in the world. Outsourcers such as HCL Technologies are keenly aware that the engagement of their workforce determines the level of quality they give to clients.

Even if we move in the future to a radically decentralized economy of individual free agents and ad hoc teams, elements of worthiness will persist. The reputation of organizations will matter a great deal. Akin to the way eBay sellers must maintain a good track record if they hope to keep making deals, there will likely be mechanisms for rating the trustworthiness of companies—no matter how small. Companies that don’t treat contractors fairly and generously, that don’t pursue reciprocal relationships, will not attract the best talent. Nor will they inspire people to give their best.

Interesting in learning more about why ethical businesses succeed? Check out: The Strategic Guide to Aligning Corporate Responsibility and Brand

When CSR Branding Goes Bad
Branding coal as "sexy" was not really the brightest move GE made. No wonder this ad got yanked off the airwaves quickly.
Read more...

Five Tips for Getting Involved in Corporate Responsibility
Check out Tim's book Author and self-professed treehugger Tim Mohin has been promoting sustainable practices in large corporations for most of his career. He knows that many others...
Read more...

The Rise and Rise of the B Corp Movement
The B Corp Handbook, along with other entrepreneurship books, is 50% off until October 5th!  Check out the sale here.The B Corporation movement has come a long way since the founding of B Lab (the...
Read more...

Five Ethical Quandaries (and How to Think Through Them) - Update
Buy the Book HereIn his latest book, author Mark Pastin guides us through the process of ethical decision-making and how to do the "right" thing in our personal and professional lives. ...
Read more...