Dr. Kenneth Cooper, M.D.: Fight the Good Fight for Us All

Dr. Manz is the Nirenberg Chaired Professor of Business Leadership at the University of Massachusetts. He is the author and co-author of several leadership books, including The Leadership Wisdom of Jesus and The New Superleadership: Leading Others to Lead Themselves. 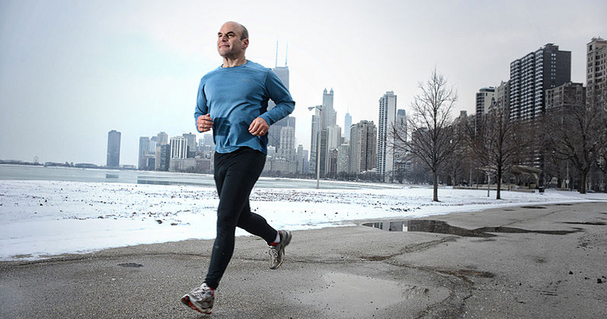 One of his colleagues described Dr. Kenneth Cooper, M.D. as just “a good ole boy from Oklahoma” at heart. Dr. Cooper himself has said that he really expected to simply have a relatively small medical practice and perhaps a rather unremarkable life. Instead he:

Nevertheless, it has been a very difficult road to these many accomplishments. For example, given his advocacy of preventative medicine and healthy diet and exercise beginning in the 1960s, he was frequently criticized by the more “diagnose and prescribe medicine or surgery” medical community. In the late 60s, when his best-selling book Aerobics was published, many physicians counseled people, especially those over forty, to avoid significant exercise. One expert even proclaimed “the streets are going to be full of dead joggers if people continue to follow Cooper.” And when Cooper advocated exercise to help rehabilitate people who have had heart attacks he was viewed by many as being essentially crazy-as an exercise fanatic. Now this practice is part of standard medical protocol.

Despite his best-selling book, his small practice in Dallas initially struggled. His original modest office had only two rooms. And when the medical board in Dallas believed he was endangering lives by using a treadmill to conduct stress tests they even considered censoring him. Feeling discouraged, he seriously thought about discontinuing his medical practice. As he discussed this possibility with his wife Millie, she helped him to remember that he believed with all his heart that his medical practices represented the future of medicine.

Despite his setbacks, Dr. Cooper persisted relentlessly. Most of his originally scoffed-at recommendations have become accepted good health practices and have been endorsed by doctors world-wide. His strong commitment to medical research guided and redefined his medical stance all the way. “I’ve worn down the critics… there are still a few… but compared to thirty years ago it’s minuscule. We have overwhelmed them with data,” he explains.

Dr. Cooper’s commitment to advancing ahead-of-their-time ideas and health strategies in the face of huge opposition is an ideal example of MAD. Being willing at times to confront seemingly overwhelming challenges, while serving the best interests of others, may be the key to making the world a better place for all of us.

Adapted from material that originally appeared in the book The Power of Failure: 27 Ways to Turn Life Setbacks Into Success (Berrett-Koehler, 2002). For up-to-date fitness advice based on health principles from the Cooper Wellness Program, see the book Fit to Lead by C. Neck,T. Mitchell, C. Manz, and E. Thompson (St. Martin’s Press, 2004).

Charles C. Manz, Ph.D. is a speaker, consultant, best-selling author, and the Nirenberg Professor of Business Leadership at the University of Massachusetts. He is the author or co-author of over 100 articles and 17 books, including his five Berrett-Koehler books : The Leadership Wisdom of Jesus (1998), The New SuperLeadership (2001), The Wisdom of Solomon at Work (2001),

The Power of Failure (2002), and the Foreword Magazine Gold Award winner for best self-help book of the year, Emotional Discipline (2003). His two newest books are titled Fit to Lead and Temporary Sanity.