Aaron Feuerstein: A Beacon for Change

Dr. Manz is the Nirenberg Chaired Professor of Business Leadership at the University of Massachusetts. He is the author and co-author of several leadership books, including The Leadership Wisdom of Jesus and The New Superleadership: Leading Others to Lead Themselves. 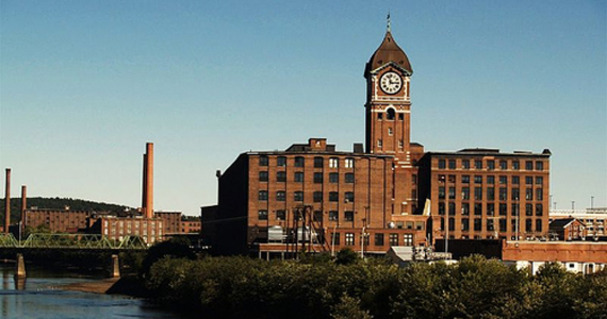 On Aaron Feuerstein’s seventieth birthday celebration, a conflagration threatened to destroy what it took three generations of his family to create. A fire enveloped one building after another of this CEO’s Malden Mills in the early hours of December 12, 1995. It was described as the worst industrial fire ever in Massachusetts. Thirty-three workers were injured, thirteen severely, and most of the buildings were rendered useless. One thousand of the 2800 employees were left without a workplace.

If Malden Mills followed the example of other textile mills in New England, its owners would collect the insurance money and relocate to cheaper labor and land in the South or offshore. Malden’s hapless employees would be left unemployed. With 3000 jobs lost, the towns of Lawrence and Methuen, Massachusetts would face a grim future.

“There will be a Malden Mills tomorrow,” Feuerstein vowed in the darkest hour of the fire’s devastation. Against all odds Finishing Building 2 was left standing and several new machines used to make the firm’s famous Polartec product survived because they were still packed in trailers away from the fire.

Feuerstein, a devout Jew, decided to keep his hundreds of affected employees on payroll with health benefits. His employees vowed to “pay (him) back tenfold.” Six weeks after the fire Polartec production was running 50 percent above pre-fire productivity and Feuerstein was proclaimed a national hero.

Almost two years later, with $300 million of insurance money and another $100 million borrowed, a new state-of-the-art factory opened where the ashes of the old mill once prevailed. However, amid the widespread acclaim for Feuerstein’s courageous and compassionate leadership, dark clouds were gathering. The insurance settlement proved inadequate for rebuilding the factory and a declining economy and cheap knockoffs of Polartec fabric forced an honorable man to file for Chapter 11 on November 29, 2001.

Feuerstein never gave up trying to save his 3000 employees’ jobs rather than see them migrate to countries with cheaper labor costs. “It would be unconscionable,” he said later to one of the many audiences he addressed as an invited and honored speaker.

On August 26, 2003, the company emerged from Chapter 11. On October 7, 2003, the U.S. Congress approved a $19.1 million expenditure for Polartec garments for use in all branches of the U.S. military. To everyone’s amazement, Feuerstein once again staved off the apparent inevitable loss of his company by selling undeveloped land adjacent to Malden Mills for $100 million. The courage, compassion, and integrity Feuerstein expressed through his leadership, along with the justice he created for his loyal workforce, has sent ripples throughout the business world. Serving as a beacon for catalyzing positive change, he embodies wisdom that looks beyond the short term and “does what’s right” for employees and the community.

In a 60 Minutes interview with Feuerstein on July 6, 2003, Morley Safer commented, “the fact that you became a hero for simply doing the right thing is a terrible commentary on the business world.” We prefer instead to see much hope in this inspiring MAD (Making A Difference) example Feuerstein has set for today’s leaders.

Charles C. Manz, Ph.D. is a speaker, consultant, best-selling author, and the Nirenberg Professor of Business Leadership at the University of Massachusetts. He is the author or co-author of over 100 articles and 17 books, including his five Berrett-Koehler books : The Leadership Wisdom of Jesus (1998), The New SuperLeadership (2001), The Wisdom of Solomon at Work (2001), The Power of Failure (2002), and the Foreword Magazine Gold Award winner for best self-help book of the year, Emotional Discipline (2003). His two newest books are titled Fit to Lead and Temporary Sanity.

Karen Manz is a writer and speaker in the areas of spirituality and work life and adult learning. She has co-authored articles in a variety of journals and periodicals. She is a co-author of the books, The Wisdom of Solomon at Work: Ancient Virtues for Living and Leading Today (Berrett-Koehler, 2001) and For Team Members Only: Making Your Workplace Team Productive and Hassle Free (AMACOM, l997).

Robert D. Marx, Ph.D. is an associate professor of management at the University of Massachusetts and is a member of the faculty of the Athens Laboratory for Business Administration, Athens, Greece. He is co-author of The Wisdom of Solomon at Work: Ancient Values for Living and Leading Today (Berrett-Koehler, 2001) and Management Live! The Video Book . He has won numerous teaching awards and consults with many organizations in the United States and Europe.