Mike, the Barber, Shapes Lives as He Cuts Hair

Carol Coles is COO and president of Mitchell and Company, and co-founded the firm. She is co-author of The 2,000 Percent Solution: Free Your Organization from "Stalled" Thinking to Achieve Exponential Success (with Robert Metz) and The Irresistible Growth Enterprise: Breakthrough Gains from Unstoppable Change. 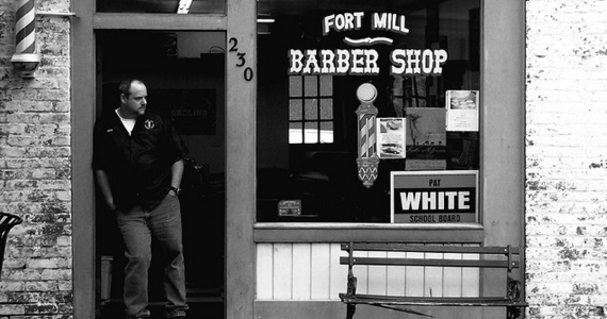 Mr. Michael Cogliandro has proudly served Harvard students, employees, and professors in any way he could. When he learned that many poor students couldn’t afford hair cuts, he would cut their hair for free. If you were a little short, he would say, “Pay me when you can.” At Christmas each customer would receive a beautifully wrapped gift, whether or not they paid for their hair cuts.

Mr. Cogliandro also listened carefully to his customers and would ask them about their families, backgrounds, studies, work, and cares. Because English was a second language for him, if he didn’t understand something he would keep asking questions until he did.

And he never seemed to forget a single thing anyone said. He sometimes realized that he had information that would help his customers. But why should they listen to a humble barber? Mr. Cogliandro became a master of the Socratic method, asking questions to help hearers learn. Many would report that it was like taking a Ph.D. oral exam on one’s own life.

When he moved his shop near to Harvard Law School, his old customers trekked up to see him. Many of his new customers were law professors and law students, who used the Socratic method in class. With this added practice, Mr. Cogliandro sharpened his skills. Over the years, his clientele grew to include many of the most prominent Nobel laureates, deans, politicians, judges, physicians, and foundation heads in Massachusetts, all of whom valued his wise questioning.

Mr. Cogliandro began to share even more information by helping customers meet and learn from other customers. He built a new community among his customers in the process.

When his partner decided to retire, Mr. Cogliandro carried on. Over the years whenever someone was sick, Mr. Cogliandro had always driven to their home or hospital to cut their hair. Why not provide a mobile barber shop that goes to homes, offices, and even airports? This mobile service has been a delight to customers ever since.

He later found employment in a unisex salon that had replaced his shop, making his female customers (whom he had served for years) feel more comfortable. When he retired from that shop, his customers held a huge party for him, hosted by a Nobel laureate at the Harvard Faculty Club, that exceeded the gatherings most deans receive when they retire.

Mr. Cogliandro never met a person he didn’t want to help. If he heard that a customer had died, he would be among the first to call the family to express his condolences. If a customer’s family member or friend needed help, Mr. Cogliandro worked on the problem, just as though it were his own. He would ask every customer what they thought the person in trouble should do, until useful answers emerged. Then he would call the person to share what he had learned. To Mr. Cogliandro, everyone is a stakeholder who deserves help from Mike the barber.

Excerpted from The Ultimate Competitive Advantage (Berrett-Koehler, 2003). Don Mitchell and Carol Coles are co-authors of The Ultimate Competitive Advantage (Berrett-Koehler, 2003). They are also the co-authors of The Irresistible Growth Enterprise (Stylus, 2000) and The 2,000 Percent Solution (AMACOM, 1999).