When the Path Takes a Turn (or Two) 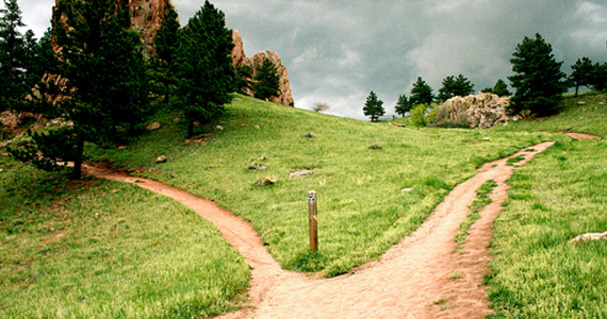 She was the first female executive in the 150-year history of the large manufacturing company, The Stanley Works, maker of Stanley tools. Tall, slender, with short blonde hair, her direct, yet easygoing style allowed her to fit well with Stanley’s male-dominated culture. Reporting directly to the CEO, Barbara Bennett had accomplished what few other corporate women had-she had broken through the glass ceiling.

At that time, she was my client and I worked closely with her in a variety of ways to align Stanley’s culture and business strategies. She was absolutely committed to making a difference, for the company and the individuals within it. Convinced that breaking down barriers was in the best interest of the company, she was exceptionally creative in finding ways to do so. For example, years before either of us had heard about “large group interventions,” Barbara asked me to help her plan a “working meeting” for their annual managers’ meeting, where they would make real business decisions. I had never done anything like that before but thought it was a great idea. The meeting was a smashing success and took down many psychological walls. We appreciated and enjoyed each other, and over time, we became real friends.

About eight years ago her boss retired, and the new CEO had plans to remake the culture. At odds with where the company was going, Barbara decided to take an early retirement. I was concerned about what my dear friend would do without a job to keep her focused and without a corporate identity to hang her hat on. She was only in her mid-fifties-far too young to retire.

Boy was I wrong! Barbara entered the next phase of her life with the same enthusiasm that drove her to the top. Only this time, she focused on her own personal development. No more fancy titles. No ego involvement. I watched in amazement as her crisp business edge softened. She began meditating, studying healing and spirituality, and volunteering regularly at a hospice.

A couple of years ago Barbara announced that she was going to clown school. Once again, I wondered what she was up to. She sent me a “graduation” picture. Absolutely adorable. But why be a clown? I don’t think she knew at first. As she put it, she just had a strong desire to learn to be a clown. But once again, she wove the strands of her life into a fabric that makes sense. She began to visit nursing homes and hospitals as a clown. In “clown face,” Barbara was amazed that people would open up to her immediately and start talking about their deepest hopes and fears in ways they never would with an ordinary volunteer. Clowns break down barriers!

Has Barbara really changed? She has always wanted to break down barriers and make a difference. Where once she was a role model for many women and someone who had a huge sphere of influence, she now has a different kind of power. She uses the power, not to change people, but to help them discover joy and to be present with them in whatever place they are. To me this is the most powerful way to make a difference-touching people deeply.

Barbara’s path has taken some unexpected turns. At times she hasn’t been clear where the path was leading. However, she continues to focus on her purpose and trust herself to know that she doesn’t have to have it all figured out-eventually the connection will be revealed.

Jesse Stoner, co-author of the business best seller Full Steam Ahead! Unleash the Power of Vision in Your Company and in Your Life , is a partner in Seapoint Center, which helps people in organizations create a shared vision and the strategies to achieve it (www.seapointcenter.com).