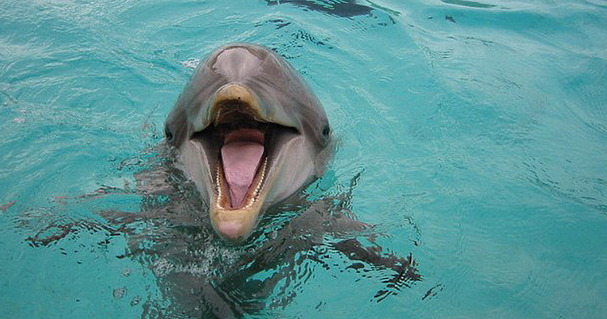 Wayne Bland sounds apologetic as he recounts the story, fully aware of its absurdity. He cites his failed suicide attempt as the reason he’s able to make such a positive impact on people today.

“Listen,” he says, “I’m telling you from experience that it is precisely when things seem most helpless, when your crisis is most intense, that your breakthrough is ready to occur.”

Crisis had grabbed Wayne, at the age of 42, by the throat. Life had gotten bleak and hollow. His twin girls had left for college, his marriage had soured, and he had just quit his job. For Wayne, the afterlife was preferable to midlife.

“I had heard that drowning in cold water was a relatively peaceful death. So, on this dreary November day, I drove to the inlet, walked down to where the channel current was the strongest, and got ready to let the outgoing tide sweep me out to sea.”

At the time, Wayne felt like the world was a bitter place. A place where no one could be trusted, especially the people Wayne called the “Leader Liars”-the rulers of the government, big corporations, and the church. Looking back, though, Wayne thinks his suicidal rage had less to do with his disappointment with the rulers of the world, and more to do with his disappointment with himself. He hated the fact that, despite endless opportunities, he hadn’t done a single thing to improve the world. All he had done was point a finger at it. “Ultimately,” he says, “suicide isn’t about anger. It’s about selfishness.”

So there he was, steeped in self-pity, ready to end it all. And then something unusual happened. Something… well… mad. There by the water’s edge, a dolphin popped up his head, squawked loudly, and swam back under. Wayne, startled, wiped his eyes. Just as he regained his focus, he could see two dolphins squawking away at him. “This may sound crazy,” he says, “but I believe they were God’s messengers trying to talk me out of it. Two ocean angels.”

Today Wayne Bland is known as “The Recovery Baron.” He is the founder of Recovery Place, Inc. in Savannah, Georgia, which has treated over 7000 people for drug and alcohol abuse. Ironically, Wayne now devotes his life to touching the lives of people who, like he once did, have seemingly lost all hope.

Asked what he learned from his crisis moment nearly 20 years ago, Wayne is reflective. “Look, it’s just plain more productive to walk through your crisis moment than to run from it. It’s when you hit rock bottom that there’s no place to go but up. So when madness pays you a visit, use it. I drew up the plans for Recovery Place the same day that the ocean angels saved my life.”

Do you want to make a difference in the world? It might help to start by exploring the things you’ve learned in your moments of crisis. Sometimes what looks like insanity, or even madness, may be the entry point for valuable lessons that can be used to touch the lives of others. This is what it means to be a wounded healer. Taking your pain and putting it to good use.

Bill Treasurer loves being in the midst of people’s courage. He is founder of Giant Leap Consulting, a courage-building company, and the author of Right Risk: Ten Powerful Principles For Taking Giant Leaps With Your Life (Berrett-Koehler, 2003). He also served as the editor of this book. To learn more about Giant Leap Consulting, go to www.giantleapconsulting.com. To learn more about Recovery Place, call (912) 355-1440.