The Antidote To Employee Apathy 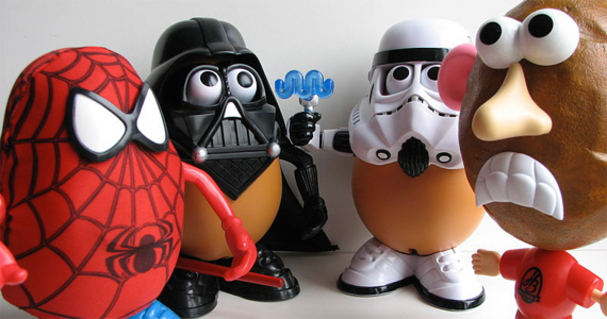 A visit to the home of Mr. Potato Head illustrates how some companies imbue their employees with a “sense of higher purpose” that makes their work feel far more meaningful and satisfying-while also making a positive difference in the world at large.

Rhode Island-based Hasbro Inc. is one of the nation’s largest manufacturers and marketers of games and toys-and one of the most public-spirited corporations in the world. In 2004, the company was presented with the annual Excellence in Corporate Philanthropy award by actor Paul Newman (cofounder of The Committee to Encourage Corporate Philanthropy).

The Hasbro Charitable Trust was established in 1983. In 1994, the doors of the Hasbro Children’s Hospital-a state-of-the-art pediatric and family care facility-opened in Providence, Rhode Island. In 1999 the company launched the Team Hasbro employee volunteer program, which qualifies most full-time employees for four hours of paid time off each month to volunteer for a child-focused charity. America’s first corporate Boundless Playground (outfitted with special equipment that allows children in wheelchairs to play with others who are not similarly encumbered) was built by Hasbro employees. Wayne Charness, the executive responsible for corporate communications (including the Charitable Trust), estimates there are now 100-plus such playgrounds across the country, with more on the way.

In 2003, to mark the twentieth anniversary of its Charitable Trust, Hasbro made a special presentation to all its employees, which included a video segment in which World Vision president Rich Stearns documented the effects of Hasbro’s philanthropy on children around the world. When guest speaker Sister Emerita McGann from Kentucky extended an impassioned thank you for the joy Hasbro’s corporate generosity has brought to children in her care, children living in the midst of the most stifling poverty in America, “there wasn’t a dry eye in the house,” Charness acknowledges. When one observes employees identifying with their organization’s objectives with such depth of feeling-in vivid contrast to so many business presentations where employees are visibly disinterested and openly cynical-one inevitably feels the urge to ask, is this not the way working for a living is supposed to feel? Is this not important?

Students of human motivation such as Abraham Maslow describe a hierarchy of human needs: once basic survival issues have been addressed, other needs come into play, such as a need for self-worth, a need to feel “useful and necessary in the world.”

This means that for most workers a regular paycheck, while essential for survival, will never be enough in and of itself to generate higher meaning in their work. “You want to work hard for something,” Charness says. Philanthropic companies like his give their employees precisely that “something”-a sense that the work they do for a living is making a positive difference in the world.

Even in less philanthropic companies, employees can still find ways to make a difference in their work. Simply choosing to be especially courteous and caring to customers, or especially helpful to co-workers, can become a personal form of giving-philanthropy on a one-on-one basis-and it can generate the same kind of personal satisfaction and sense of accomplishment.

As Wayne Charness puts it, “People like the combination of doing good and doing well at the same time.”

Paul Levesque is co-author (with Art McNeil) of Dreamcrafting: The Art of Dreaming Big, The Science of Making It Happen (Berrett-Koehle