Bill Treasurer is founder and Chief Encourager at Giant Leap Consulting (GLC), a Courage Building company that helps people and organizations live more courageously. Bill is the author of numerous books on leadership and courage. 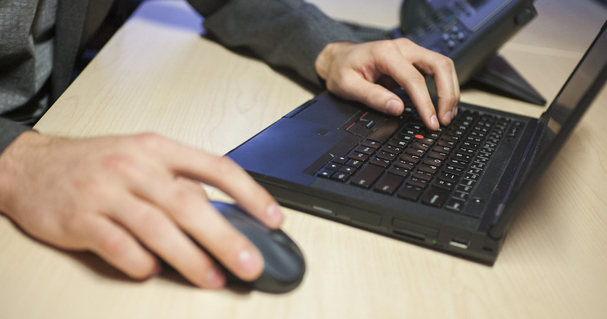 The early 2000s were enough to jade even the most ardent capitalist. Oh how the mighty fall … and fall they did. Executives from top tier companies like Arthur Andersen, Enron, WorldCom, HealthSouth, and Tyco, perp-walking into infamy. Even home-making diva Martha Stewart took the shameful stroll down the crooked path.

It’s simplistic, and a bit pious, to think that you and I would make different choices were we in the same position as the corporate robber barons. Faced with tempting choices, the mind has a way of rationalizing (rational lies) anything. It takes transcendent courage-courage that transcends human nature-to do the right thing when the wrong thing is so enticing.

In corporate settings, courageous moments happen so infrequently these days that when they do occur, it causes us to pause and take stock of each person’s capacity for personal greatness. Such was the case during a meeting I attended (as a minutes-taker) early in my career when an unlikely hero emerged from a potentially compromising situation.

The meeting was held by the “inner sanctum” of a large service company. There were twelve executives in all, mostly vice presidents of various divisions and the president they reported to. And though not a vice president, the company finance guy, Gary, was there too.

At one point, a financial issue presented itself that, construed one way, could greatly enhance the profitability of the company. And since a considerable percentage of the compensation package of each executive was directly tied to profitability, the temptation to construe the issue in a self-serving way was great. But Gary knew that pursuing such a path would put the company in a potentially precarious legal position.

It is said that absolute power corrupts absolutely. But in executive settings, money is the great corrupter. As executives weighed in with their opinions, it was easy to see the path that the executives wanted to pursue.They started devising ways that they could slip through accounting loopholes undetected. “It’s in the best interest of the company,” they rationalized.

The more they convinced themselves of the rightness of their decision, the more Gary grimaced. Finally, like a crossing guard at an executive schoolyard, he stretched out his arms, put his hands straight out and pronounced, “This isn’t an issue of profitability, it’s an issue of integrity. And as long as I am your accountant, we won’t take the legally questionable path. Period.”

I was sure that Gary had just laid down on a guillotine. You could see the shock on the bosses’ faces. But then, as if a hypnotic spell had been broken, the president, smiling sheepishly, said, “You’re right Gary. I guess that’s what we pay you for. Thanks for keeping us honest.”

Gary’s courage was the transcendent kind. When faced with a similar dilemma, many of us would have opted for covering our own butts and giving in to our bosses’ misguided desires. But Gary made a different-and more difficult-choice, to cover his bosses’ butts by insisting that they be guided by their better nature, not their human nature.

Bill Treasurer loves being in the midst of people’s courage. He is founder of Giant Leap Consulting, a courage-building company, and the author of Right Risk: Ten Powerful Principles For Taking Giant Leaps With Your Life (Berrett-Koehler, 2003). He also served as the editor of this book. To learn more about Giant Leap Consulting, go to www.giantleapconsulting.com.