Walk a Mile in Their Shoes? Try NO Shoes 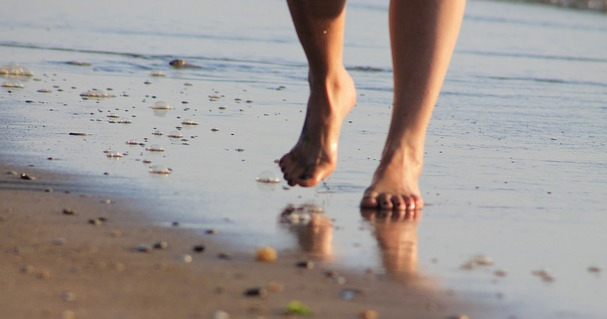 Ideals from The Arbinger Institute’s The Anatomy of Peace. 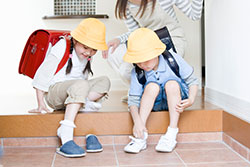 This world needs more peace and less conflict. When you listen to the news, you hear a slew of reports about new civil wars, murders, and unrest across the globe. It's difficult to feel any hope sometimes after hearing report after report on the loss of humanity from your local news station as if such occurrances were as common as doing your laundry. What the world needs is a plan of peace (as opposed to a plan of attack), with some serious strategy (or strategery) to get this world peace operational. Interestingly, that’s what The Arbinger Institute is proposing in their book, The Anatomy of Peace. The book's theory suggests that instead of looking for peace and goodness in others, we create the peace first in ourselves. Then we are able to quit blaming others for problems and start creating solutions. Sounds like a rather lofty-and kind of vague-goal, right? Perhaps an example from the book will help illustrate.

“I’m not going!” The teenage girl’s shriek pulled everyone’s attention to her. “You can’t make me go!”

These opening lines to the book introduce Jenny, a young delinquent unwilling to enter an experimental treatment program, Camp Moriah, forced onto her by her parents. This program is based on The Anasazi Foundation , an actual treatment institute set up for youth who are emotionally disturbed, addicted to drugs, etc. The program is unique in that it treats not only the youth, but their parents also. Jenny ends up running away from the camp while two young camp attendants, former members of the treatment program themselves, run after her to make sure she is safe, though never forcing her to do anything against her will. Instead, they notice that she is shoeless and running through the Arizona desert barefoot. One attendant offers her shoes-Jenny refuses, swearing at her and continuing to run. The attendant decides to remove her own shoes to simply put herself closer to Jenny’s situation. The other attendant follows suit. Jenny continues to run for three miles until she reaches a familiar place with familiar friends. After the counselors join in conversation with her friends and the friends notice the missing shoes caused by Jenny's stubbornness, her friends admit that “this place doesn’t sound so bad.” Jenny finally asks about Camp Moriah and, after talking for a while, agrees to go to the camp, sincerely apologizing for the attendants’ burned and bleeding feet.

In discussing this event with the parents later, the attendants said this: “So, did taking our shoes off have anything to do with Jenny now being safely and willingly [at the camp]? I don’t know for sure. You’d have to ask Jenny. But I do know one thing for certain: I know what taking my shoes off meant for me. It was a way of joining Jenny in her world.”

Therein lies one of the key points of the book. Genuinely striving to see another’s point of view leads to mutual understanding and working together-instead of conflict. Figuratively taking off our shoes to understand those around us is a practice rarely used. Imagine the difference it would make applying it even one time in your day today.

In fact, here are three actual examples that have made a difference:

1. A father makes a general rule of no phones at the dinner table-not only for the teenagers, but for himself as well.

Imagine a frustrated teenager wanting to text their friends who then sees their father struggle to ignore a business call during the same dinner. Not only would the teen realize the great sacrifice it costs everyone to give full attention during family dinner time, but the father would also gain patience and understanding for their teenager's frustration at not being able to text. A common issue of contention in families is solved through simply understanding each others' situations.

2. A teacher does each of the problems for every homework assignment and test given to his students to ensure they are all at the accurate level of difficulty.

This practice would teach the students and teacher more than math. They'd learn respect, understanding, and empathy. The teacher would be much more caring and patient with a student's complaints and frustrations over an assignment because he likely underwent similar responses in having done the problems himself. In return, the students would gain more respect for their teacher knowing that he had experienced what they are experiencing and is familiar with each question. Instead of students complaining about an uninterested teacher, they would be motivated to get the same answers that their teacher got. More peace in the classroom, less conflict, and there is some actual learning going on.

3. Instead of using her fame to easily publish more books, JK Rowling published her most recent book anonymously. She received excellent reviews, but not many purchased the book.

Other authors could easily blame JK Rowling's popularity as the reason why any other book she writes is published. Similarly, she could become arrogant in the publishing industry, claiming that it is easy to publish a book, forgetting how difficult it is to get published when you have no readers to support you. While these problems may not cause a war, JK Rowling's act removed any excuse for misgivings, jealousy, or arrogance in any party. Figuratively taking off her shoes allowed her to remain humble and allowed others to soften any jealousies or prejudices against her, creating just a little bit more peace and happiness in the world.

Discover the specific steps that can lead to a heart at war versus a heart at peace and what you can do to maintain peace in the workplace, at home, with your friends, and with your family.