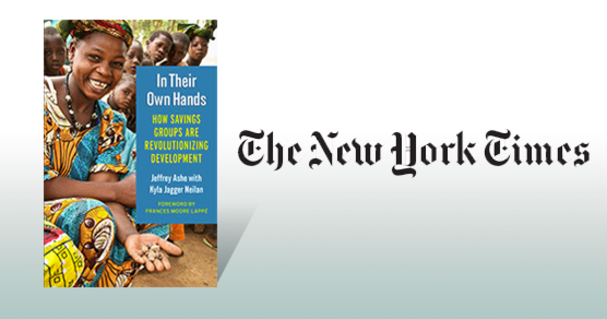 At a time when news about Africa has been dominated by Ebola, it’s worth observing that a highly encouraging change has been quietly spreading across the continent. Over the past five years, the number of Africans — mainly women — who have joined village-based savings and loan associations has soared to more than nine million. These groups are now operating in 40 countries in Africa. Globally, it’s estimated that 10.5 million people are members of formally trained savings groups in about 65 countries. The big story about these groups, including their surprising success and emerging importance in development, comes from Africa.

“A giant informal economic system is emerging invisibly,” said Jeffrey Ashe, a micro-finance pioneer and co-author of the book “In Their Own Hands: How Savings Groups Are Revolutionizing Development."

In Their Own Hands

How Savings Groups are Revolutionizing Development

The Beauty of the Beast