Fritjof Capra on The Ecology of Law 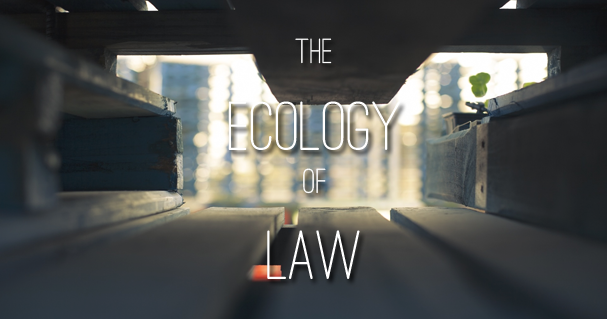 The Ecology of Law

I am a physicist, systems theorist, and author. I have written about 10 books, two of them published by BK. In all these books, I have really explored a single theme: the fundamental change of world view, or change of paradigms, that is now occurring in science and in society; the unfolding of a new systemic and ecological vision of reality, and the social implications of this cultural transformation.

I am not the only author exploring this theme. In fact, I belong to a whole community of authors who have written similar books: Jerry Mander, Hazel Henderson, David Korten, Vandana Shiva, Jeremy Rifkin, Paul Hawken, Marjorie Kelly, Margaret Wheatley, to name just a few. What all of these authors, including myself, have missed in their discussions of the paradigm shift, is the fact that there is an important legal dimension. This is what we are discussing in The Ecology of Law, and this is what makes our book unique.

The Ecology of Law began as a series of conversations between Ugo and myself — between a jurist and a scientist — about the concept of law in science and jurisprudence. The first conversations took place on a tennis court; they led to more structured discussions, and subsequently to two seminars we taught at the Hastings College of Law in San Francisco, where Ugo is a professor, together with several of his guests. And as our fascination with the subject grew, we decided to turn our lecture notes into a book.

When people think about law, they usually think about lawyers and their cases about real estate issues, divorce, business adversaries, or whatever. The Ecology of Law is the first book to present jurisprudence — the theory and philosophy of law — as an intellectual discipline with a history and conceptual structure that shows surprising parallels to those of natural science. What we first discovered in our conversations was that the two disciplines have interacted throughout history; and as they coevolved over time, so did the conceptual relationship between "laws of nature" and human laws.

Another thing I learned from Ugo is that jurisprudence, together with science, has contributed significantly to the mechanistic modern worldview; and since modernity produced the materialistic orientation and extractive mentality of the Industrial Age, which lies at the roots of today's global crisis, both scientists and jurists must share some responsibility for the current state of the world.

Let me briefly identify the key characteristics of the mechanistic paradigm. In science, it includes an emphasis on quantification, advocated by Galileo, and on the human domination of nature, championed by Francis Bacon (who was famous as a scientist and as a lawyer!); the view of the material world as a machine, postulated by Descartes; the concept of objective, unchangeable "laws of nature," established by Isaac Newton (who also acted as a judge in England's highest tax court!); and a rationalist, atomistic view of society, promoted by John Locke.

A corresponding mechanistic paradigm was formulated in legal thought by intellectuals who were as famous as their counterparts in science in their time, but whose names are virtually unknown by the general public today.

The rationalist, mechanistic paradigm was formulated in jurisprudence by Hugo Grotius (or de Groot), a Dutch lawyer and contemporary of Descartes, and by Jean Domat, one of the most influential French jurists and lifelong friend of Pascal. In the mechanistic legal paradigm, social reality is viewed as an aggregate of discrete individuals, and ownership as an individual right, protected by the State. Indeed, ownership and State sovereignty are the two organizing principles of legal modernity, also known as legal absolutism. Ownership, or private property, was given the definition still used by lawyers today, in the 18th century by William Blackstone, the first English law professor. Moreover, the law was seen as an "objective" framework with no room for a human interpreter.

My own work over the last 40 years, as I have mentioned, has been to explore and discuss a radically new paradigm that is now emerging at the forefront of science. In this new systemic, or ecological paradigm, the universe is no longer seen as a machine, composed of elementary building blocks. We have discovered that the material world, ultimately, is a network of inseparable relationships; that the planet as a whole is a living, self-regulating system. The view of the human body as a machine and of the mind as a separate entity is being replaced by one that sees not only the brain, but also the immune system, the bodily tissues, and even each cell as a living, cognitive system. Evolution is no longer seen as a competitive struggle for existence, but rather as a cooperative dance in which creativity and the constant emergence of novelty are the driving forces. And with the new emphasis on complexity, networks, and patterns of organization, a new science of qualities is slowly emerging.

At the heart of this change of paradigms we find a fundamental change of metaphors: from seeing the world as a machine to understanding it as a network. We have also realized that nature sustains life through a set of ecological principles that are generative rather than extractive.
A corresponding paradigm shift has not yet happened in jurisprudence, nor in the public conception of law. But it is now urgently needed. In our book, as Ugo will now explain, we call for a profound change of legal paradigms, leading to a new ecological order in human law.