Aspen Baker is the leading voice in the nation on how to transform the abortion conflict. 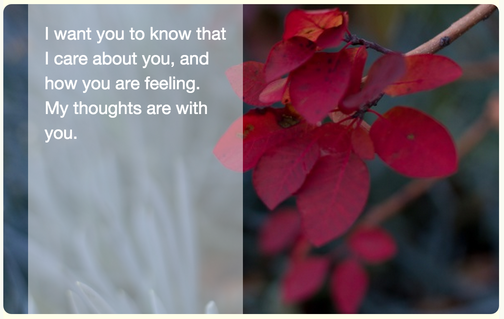 Journalist Emily Bazelon brought national awareness to the subject of postabortion counseling in her 2007 New York Times Magazine cover story “Is There a Post-Abortion Syndrome?” Her article showed how the political conflict over abortion had an impact on the way both sides addressed the topic. She wrote, “Anti-abortion advocates exaggerate the mental-health risks of abortion [and] some abortion advocates play down the emotional aftereffects.” Conflicting ideologies determined each side’s approach.

The Art of Turning Walls into Bridges
Representative Kyrsten Sinema was born in Tucson, Arizona, in 1976 and has lived in Phoenix since 1995. First elected to the State Legislature in 2004, she was re-elected in 2006 to continue...
Read more...

Five Indicators of the Damage Being Done By Our Current Narrative
In his new book, David Korten explains how our current "story" is one of Sacred Money and Markets which emphasizes monetary gain and the use of the planet purely for resources. We need a new story,...
Read more...

Five Amazing Facts About the Laws of Nature
In their latest book, authors Fritjof Capra and Ugo Mattei discuss how our laws are at odds with natural law. This work outlines the basic concepts...
Read more...

The New Abnormal: Reflections on Paris
We are hearing expressions of shock and sympathy for Paris on all sides, which is appropriate as far as it goes – but it’s not nearly enough. It is clear now that instead of lurching from...
Read more...