The Trap of Femininity 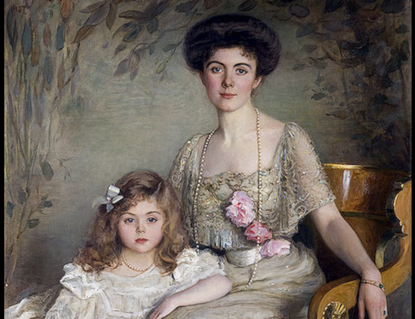 Recently, my friend Charlotte Ashlock emailed me about a blog post that she planned to write. She was considering the trope of the “wise mother”, and what she considers its male opposite- the “manchild,” specifically examining how the wise mother and manchild can enable each other, to the detriment of both.

When I read Charlotte’s piece I was inspired by the content, but I wanted to interrogate the ideas with a different lens. By Charlotte’s construction, the wise mother puts everyone above herself. The “mother” sacrifices her well-being for those around her and is therefore the ultimate expression of womanhood: an image that is meant to empower us. However, she is “wise” not because she proliferates knowledge or wisdom, but because the mother is above all base desires and ungracious actions. She never asks for money because asking for money is crude. She never makes a lewd gesture in response to a cat caller because it would be beneath her dignity. She purportedly rises above these things because of some never-quite-articulated worldly wisdom. Instead of looking at the inter-gender dynamics of this trope, I decided to consider the impact on women and the ugly circular logic it perpetuates.

Always Be Dignified. (even when being harassed).

I did not recognize much sexism as a teenager, but at 22, I moved to New York City as a young, but sexually mature, woman. You can see where this is going. The catcalls were constant. Nothing was sacred, not reading, not talking on the phone, and on one memorable occasion even eating carrot cake in a public place was an enticing invitation to some Wall Street suit who walked in lockstep with me for two blocks. This was all upsetting, but not unexpected. However, the reactions of my female friends were shocking to me:

I did not have the language or the understanding at that point to respond to these comments, but I do remember feeling an overwhelming internal frustration. Somehow I just knew that these justifications were not right, not sufficient.

The wise mother is glorified as one of the supreme expressions of womanhood. We are meant to aspire to be her. She is the source of all that is generated in the world, and the succor to all pain. Women are told that this should be our ultimate goal in life.

If a woman steps away from the wise mother role, she is quickly and viciously punished. She is told that only women could possibly do this as well as she could, so she should be glad to do it, and she should feel obligated to do it.

There are actually three separate pieces of this message, but the narrative wants us to confuse them as one and the same.

Therefore, being this nurturing entity is so important that something as base and passing as a mere catcall should not be enough to upset us. We should be satisfied on this higher plain, and so if a catcall upsets us, then there is something wrong with us. Insidious, no?

Telling women that they have a unique talent to be mothers and nurturers, and that these talents are innate, is a way of making the limitations placed on us because of our gender more attractive. Are there women who are innately nurturing? Of course, but I would posit that it is not their woman-ness that makes them nurturing. If a woman is joyfully nurturing this is certainly a beautiful thing, but it is not innately superior to any other way another woman happens to be.

The narrative has a subsidiary message: Men can’t possibly do this as well as women, and since it is often framed as a role that is essential to society and the species, women have an obligation to humanity to fill this role. If we shirk this responsibility, it is we who are the problem.

Here’s the thing though….

I am not nurturing.

to Nurture: to care for and encourage the growth or development of.

I am compassionate. I am kind; I am loving. I am not nurturing. I kill plants that are supposed to be un-killable. The one time I fostered kittens I hated how needy they were. There was no naturally occurring resonance from the depths of my female psyche. I do know men who are nurturing. They can care for a tiny helpless thing and gain immense personal satisfaction from the process. Gender roles mean that I am pressured to do something I am bad at and hate, and that certain men are prevented or stigmatized if they have that personal calling. Arbitrary rules that do not reflect the strengths of two given individuals cease to be helpful to a society, and indeed, become deeply harmful.

It is a sugar-coated razorblade to tell women that they have an innate gift for nurturing and an obligation to be dignified in the face of harassment. These expectations and goals are positioned as something to aspire to because of their inherent “superiority.”

To me it looks an awful lot like the world we are trying to fight, not like the one I want to create. Regardless as to whether or not the woman is “rising above” the harassment or secretly panicking, the outcome is the same. These narratives are distractions, carrots that the system, meant to restrict and control everyone, dangles in front of us. They are to placate, to manipulate, and not to empower.

Anna and Charlotte work together in the editorial department of Berrett-Koehler Publishers.  In some ways their opinions on feminism are very similar, and in other ways their opinions are very different.  The conversation between the two of them got so interesting, they decided to take it public.  Conversations in Feminism will be a series of letters they write to each other on feminist topics; sign up below to watch the fun unfold.  Anna and Charlotte also want to hear from other voices, so please submit your own thoughts to [email protected] for a chance to be included in the series.

How to Thrive at Work Without Selling Your Soul