A Visual Tour Through the Insanity That Was SXSW 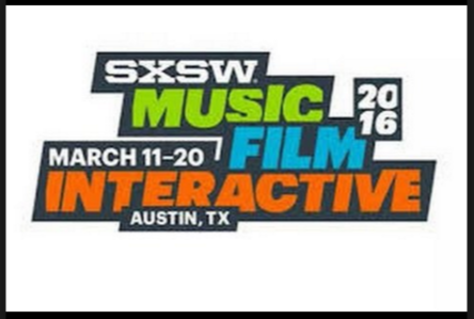 In a departure from the usual Editorial ramblings this week, Confessions is instead going to send you, dear readers, on a virtual trip to Austin, TX for the SXSW Interactive festival that happens every March.

Our Goals- connect with as many interesting people as possible, and mine the conference for all the cutting edge marketing and sales tech that we could find!

Two of us set off from beautiful San Francisco, with our plane faces on, to be followed shortly by Shabnam:

The infamous perks of traveling to SXSW became apparent immediately, as many sponsored edible things were distributed to everyone on the flight, compliments of local Austin based businesses. Despite these goodies, however, we were still ravenous when we got to to the hotel, but the closest food venue was an ihop, and neither of us was in the mood for pancakes. So what do three California girls do when traveling? A Target picnic, of course, recreating a tiny little bubble of Ca wherever we go:

The next morning, it was off to the conference itself, and downtown Austin. The conference is run very efficiently, with a medium sized army of volunteers to do registration, monitor doorways, check you into sessions, and man information booths all over central Austin. Everyone talks about the massive lines, which is not incorrect, however, things are run so efficiently that the lines do not really irritate at all. They move quickly, and they are a great place to meet people! (As Devora Zack advises introverts to do in Networking for People Who Hate Networking!)

We had arrived at the very beginning of the conference, so the sessions were just beginning to ramp up, leaving us some time to explore the more quirky art installations:

I am still not entirely certain of the point, goal, or inspiration for this piece of art. I leave the interpretation up to you, dear reader.

Obama’s Keynote
The big buzz this year of course, was that POTUS was the Keynote, and while I was sad to miss the First Lady (as she spoke at the film portion of the festival, which we did not attend) Obama’s appearance was spectacular. His interviewer seemed to be taking the tack that government is slow, does not embrace technology, and may be at odds with the tech world. Obama, however, anticipated this cunning plan and basically ran circles around the interviewer. He even, when referencing a large success of his administration, threw in a “Thanks, Obama” with the straightest face. Golden.

Online Harassment Summit
Another big buzz worthy element of this year’s festival was the issue of tackling online harassment and sexism. For those of you who missed it, the festival at one point canceled several panels that had been accepted initially about online harassment. They cited safety concerns, but the community was not satisfied with this. When Buzzfeed (whose founder was even meant to Keynote) threatened to boycott the conference, as well as Vox Media. SXSW capitulated, and not only reinstated the panels but planned in a whole day of sessions. These sessions were held in a remote hotel, about a 15 min walk from the central hub of the conference, and security was high. All bags were checked and entrance from the site was closely monitored. As a female, I was grateful for these extra security measures, and excited to participate and hear from people who have been at the forefront of this struggle, some for many years. I heard from a woman who has been gaming since she was a kid, in the 90s in the Bronx- when a young black woman beating the boys at the arcade was bad for business. I heard from a woman who has been at the center of the Gamergate scandal, painful stories of her pet’s death being targeted by online harassers. And yet all of these women and men are determined that there are ways to combat this- at the level of culture and in gaming and internet subcultures.

I believe the decision of SXSW to include the summit was absolutely the correct one.

Ahh Texas
There were some moments of culture clash for me, a peace loving, California hippie:

But I was glad to see this sign in the hotel, making me feel {marginally} safer.

There was a lot of virtual reality around, like these lovely folks who were experiencing a significantly more exciting bike ride than they appear to be having: (It is a bit hard to see, but these folks are on stationary bikes with virtual reality headsets on)

And even though I did not attend the film festival, art pieces and stunts promoting films were still everywhere, like this mysteriously upsidown church:

The Trade Show Floor
Finally, the trade show floor opened. Of all the entire conference, this was the most surreal. Booths to showcase robots, AI, virtual reality, and things I don’t even have names for were everywhere. If felt like I was living through the backstory of some sci-fi dystopia when they flashback to the “very beginnings of the technological new age.” This large robotic device kept swiveling its little green arms in response to the movement of people around it:

The line for this “telepathy walker” was too long, so what it does remains a mystery, but people were quite excited about it. It involved putting on a headset and miming walking forward, and interacting with some invisible world:

You could play a wall-sized game of something involving fish by stopping by this booth and tuning your smartphone into their system:

And finally, there was one little island of reprieve from the tech around us, with this music group serenading us with actual acoustic, un-amped, honest to goodness guitars:

All in all, it was a phenomenal conference. The proliferation of ideas, energy, and ambition was energizing and inspirational. A few BK books were in the conference bookstore, but in the future, we plan to see many many more!

Anna - Thanks for sharing this rich visual SXSW feast with us!  David

A Higher Standard of Leadership

Lessons from the Life of Gandhi

Walk Out Walk On

A Learning Journey into Communities Daring to Live the Future Now