The Interns Are Alright 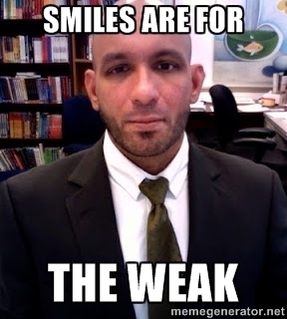 Advice for incoming interns at Berrett-Koehler

The image of the intern often gets reduced to a peppy, over-eager, perpetually harried-looking pushover. In this narrative, we never say no and can be seen racing each other to make the next pot of coffee. At Berrett-Koehler, this stereotype is not applicable to interns for several reasons. The most important is that the office has a Keurig, which makes single servings of coffee and not whole pots.

Jokes aside, I have had a very different experience with my internship than the story told by the harsh stereotypes. The staff at Berrett-Koehler welcomed me, pushed me to learn, and respected me. Rather than rote assignments, I was given a lot of space for self-designed creative work. My boss Charlotte also gave me a lot of time so I could learn as I worked on projects that ranged from reviewing manuscripts to curating the blog to programming webpages.

The few times I felt limited were at the beginning of my internship, and the restrictions were self-imposed. I felt that, as an intern, I should not talk too much during meetings but should always volunteer to take notes, or that I should take on as many projects as possible but not seem overbearing. As I developed a natural routine and lost my deliberate intern etiquette, all of those self-created barriers disappeared. I found myself staying late not because I thought I should but because I became so invested in the work. That’s how I know I had the ideal intern experience.

Here are some tips for learning the most from your internship based on my nine weeks of experience with the company:

+Sit In – the office is open both in its physical layout and in its company culture. Don’t be shy about approaching other departments and asking to shadow them on meetings to learn more about their area. After a few weeks of wistful looks towards the marketing department, I finally worked up the courage to ask if I could maybe sit in on a marketing call maybe? I was welcomed and rewarded by how much I learned about the concept of pitching books to retailers.

Pro-tip: meetings always begin with a moment of silence. Yes, there’s a reason everyone quieted down.

+Speak Up – don’t be afraid to share your thoughts in meetings. People value your opinion just as much as they do another staff member. You’re a quick-witted individual, and you have a fresh, different perspective that others may not have considered. Plus, you are far more likely to regret not saying anything than to regret voicing your thought. In a pub board meeting, I spoke favorably about a book proposal on mobile technology that intrigued me. Although my comment was simple, it launched a longer discussion and the proposal was ultimately approved.

Pro-tip: don’t be afraid to draw from your own experiences and preferences when discussing the efficacy of a book proposal. People are interested in what the young people like these days.

+Ask For – Request projects that interest you. You’ll be more invested and produce better work as a result. After I asked to learn a little more about HTML and CSS, my boss let me collaborate with her to produce Berrett-Koehler’s forthcoming about page. It was an immensely rewarding skill-building experience that I got because I expressed interest.

Pro-tip: if you don’t like being endlessly frustrated about tiny formatting issues, don’t take on a project that involves coding.

+Inquire Away – everybody welcomes questions because the staff understands that internships are foremost learning opportunities. Publishing is an industry with many stages and much collaboration between various entities. So if you’re not sure what an acronym stands for, ask!

Pro-tip: a gold-star question to ask Production would be “what exactly do you do?” I’m honestly still not 100% sure.

When you start your internship, ignore the stereotypes, abandon your expectations, and come to learn. You’ll gain an incredible amount in the way of skills, relationships, and industry knowledge. And if you’re lucky, maybe – just maybe – Jeevan will smile at you.

The Sisters Are Alright (Audio) By Tamara Winfrey Harris